Definition of a Board of Directors

According to Section 2(10) of the Companies Act, 2013 – “Board of Directors” or “Board”, in relation to a company, means the collective body of the directors of the company.

Further, the definition of a director is available in Section 2(34) of the Companies Act, 2013. It states that – “director” means a director appointed to the Board of a company.

Minimum & Maximum number of Directors in a Company

Section 149(1) of the Companies Act, 2013, lays down the minimum and the maximum number of directors permitted for different types of companies. The limits are as follows:

Further, it is important to note that any company can appoint more than 15 directors after passing a special resolution.

According to Section 165 of the Companies Act, 2013, there is a limit to the maximum number of directorships. The limits are as follows:

For reckoning the limit of directorships of twenty companies, the directorship in a dormant company shall not be included.

It is also important to note that the company can specify any lesser number of companies for the maximum number of directorships via a special resolution.

The Board of Directors can have different types of directors as explained below: 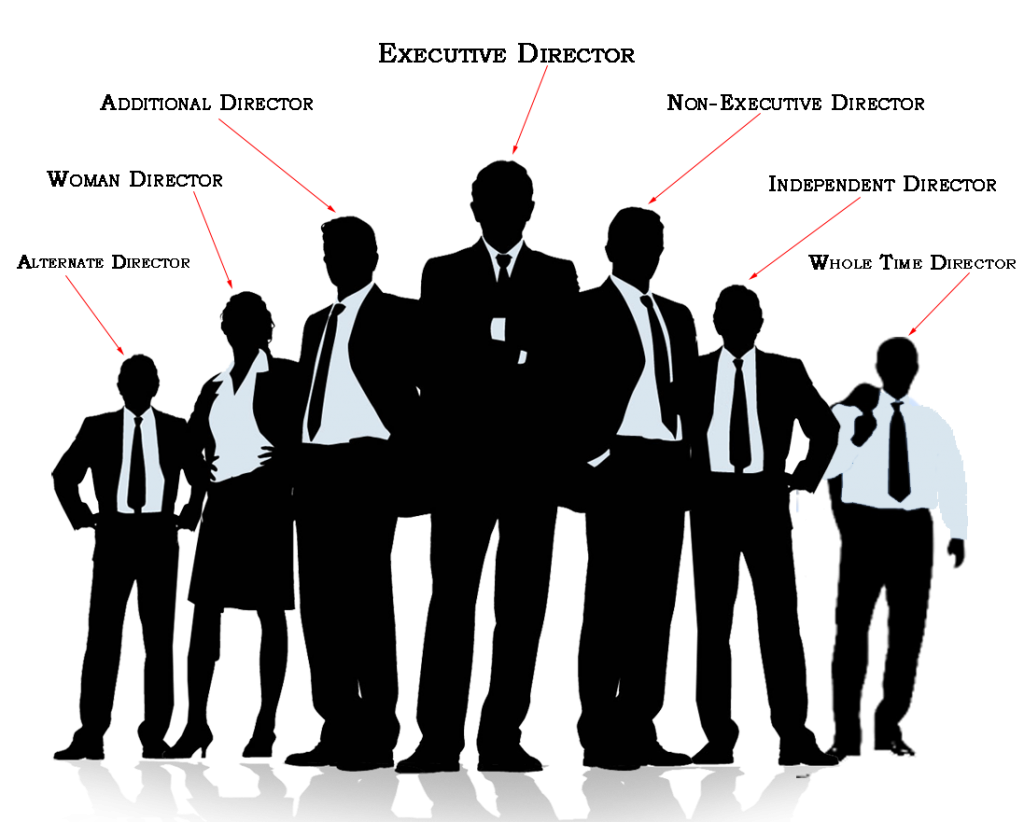 It is important to note that the managing director has substantial powers of management. Therefore, routine acts are not included. These acts are:

Think about all the duties of an Executive Director and remove the duties that comprise the full-time management of the company. The remaining duties are those of a non-executive director. Also, he participates in board meetings for the purpose of decision-making.

Section 161(2) of the Companies Act, 2013, defines an alternate director as follows:

The Articles of Association of a company or a resolution passed in a general meeting can confer the power on its Board of Directors to appoint an Alternate Director. Further, such a person should not hold directorship in the company or an alternate directorship for any other director in the company  Also, the person acts as an alternate director for a director during his absence from India. Lastly, the period of such absence shall not be less than three months.

This definition has three sub-clauses:

An Independent Director is a director other than the managing director, whole-time director, or nominee director of the company.

There are many conditions for the appointment of an independent director:

A Whole Time Director includes a director in the whole-time employment of the company.

According to Rule 3 of the Companies (Appointment and Qualification of Directors) Rules, 2014, the following companies must have at least one woman director:

While on the topic, you might also want to read our post on the Disqualification of a Director.

We hope that after reading through this article, you would have a clear idea about the concept of a Board of Directors and the different types of directors in a company. Directors have many duties and responsibilities. Therefore, understanding the concept is essential. Feel free to write to us for any further questions.